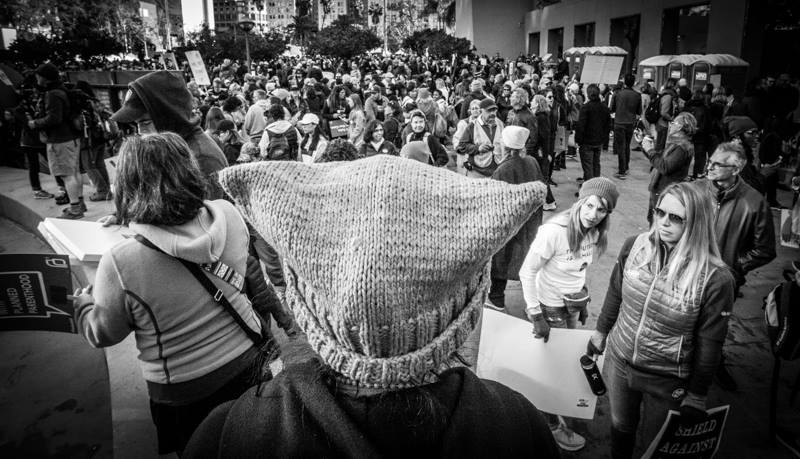 The knit pink hats, topped with corners that resemble cat ears, are part of the Pussyhat Project, an initiative formed by two friends, Jayna Zweiman and Krista Suh, who bonded in part through their shared fondness for knitting and crocheting. Their love of knitting fused with their political passions when they launched the project late 2016, following the presidential election and the announcement of the Women’s March on Washington.

Heidi is from North Dakota and a member of the Sioux Nation. Heidi now lives on the streets of Los Angeles across from the Los Angeles Times building. Her home is made of blue tarps supported by a shopping cart. She joined the Women’s March to show her support for all women’s issues without leaving her home.