I slid my right boot then my left boot into the hole leading to the tomb’s tunnel. There was the soft, muffed sound of my pants sliding against the rough stone as my feet fell into the tomb. My knees passed and my thighs followed – which was as far as I got. I was stuck between two worlds. My companions started laughing before cheering me on. “Push! Push, Dave”. There was a scraping noise as my 34 waist and belt buckle tried to shimmy. I’ve been told in the past, during romantic endeavors, that I have ‘a booty like a black man’ – something I’ve always thought of as an attractive asset, but which, in this instance, was a real liability. ‘I think I’m too big, guys,’ I told my audience, ‘I’m wedged in!’ as giggles grew louder and escaped from the darkness of the tomb. I too began to chuckle, which was uncomfortable considering the added pressure of stone against my waist.

When I returned to the States and the Tonight Show, I shared my big ass adventure with one of the comedy writers for the show, Larry Jacobson. We both had a good chuckle when Larry added. “You know Dave, if you were Kim Kardashian you’d still be stuck in that tomb. 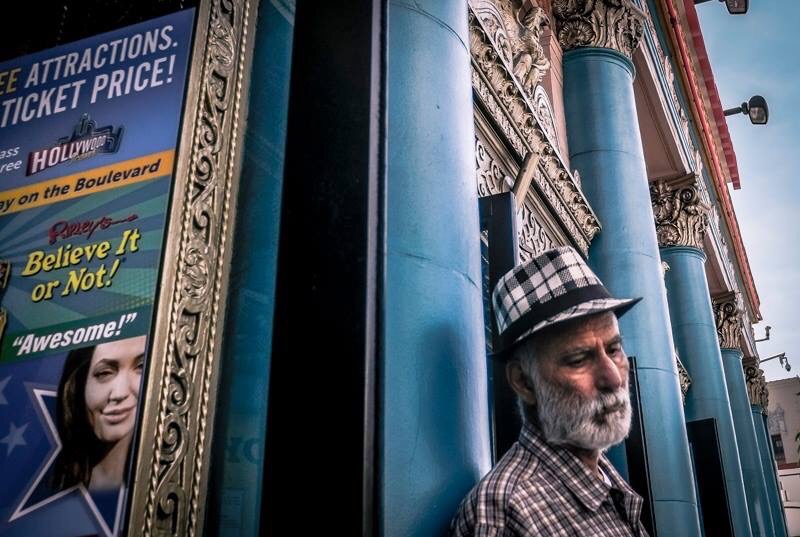 Loitering is the act of remaining in a particular public place for a protracted time without any apparent purpose.

My aging process was not gradual or gentle. It rushes up, pushes me over, and then ran off laughing. No one should grow old who isn’t ready to appear ridiculous. I’ve been there, done that, and bought a T-shirt. I’ve never lived a life of quiet desperation. Now I replay all my adventures in my afternoon naps….bonum vitae,

One of my favorite movies of all times is One Night On Earth. It’s a cinematic dream of just how connected we are as a species and all the synchronicity that life flings at us. The movie is a collection of five stories involving cab drivers in five different cities from around the world. Which is a causal or persuasive link to my nocturnal behavior of getting out of bed, grabbing my camera and climb behind the steering wheel of my KIA and drive. I actually like driving late at night. When I say late, I don’t mean 10 PM, or even midnight – I mean like the witching hours from 2 am to sunrise. There is no other time of day where you can see typically the most congested street completely empty. It’s like being teleported as the last man on earth. A bat maneuvering in the dark, it uses a process called echolocation. Echolocation refers to the process of using echoes and sound waves to navigate around objects. For my excursion into the great Basin of Los Angeles, I too use echolocation in the form of music to tap into the auditory cortex of my brain and beyond to the “seat of the soul” the pineal gland. The music dictates when I should proceed straight ahead or turn left or right. Tonight’s soundtrack is “A Perfect Place” a Morricone-esque soundtrack by Mike Patton. Ready set go!  Among the endless metaphors for life, a road is perhaps one of the best. There’s times for speed, times for caution and times to stop. Ahead, the lights of a psychic storefront beckon me to take time to stop and enjoy the cold Pink’s hotdog I picked up earlier. This is A Perfect Place for my One Night On Earth.

My deepest heartfelt thank you to my dad Paul, Mary my mom, uncle Buck, uncle Joe, aunt Evelyn, and all their brothers and sisters who lost their lives during World War II. Veterans of the Marine Corp, US Army, and Pentagon. 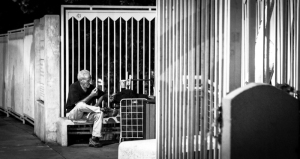 After a day of traveling aimlessly along Sunset Boulevard it was time to take a break. It had been a good day of harvesting cigarette butts. Joe had always felt it was his civic duty to help address this serious environmental problem by picking up this toxic waste. Now was the time to sit and enjoy the fruits of his labor. He watched for awhile the congestion of traffic and remembered the time he too lived that life…. but no more. The last few embers glowed at the end of the cigarette as Joe inhaled, and as the white smoke curled up in a spiral motion, he pressed lightly his shirt pocket to the fragment ends of tobacco to insure a reserve till morning. Taking the last drag the ashes glowed brighter and crackled as air passed through the cigarette and the smoke went deeply into his lungs. He dropped the butt on the concrete and stubbed it out in a rhythmical tapping of his right foot. How wonderful it would have been to have a cup of coffee to accompanied his cigarette break he thought. The sun had set, but he had decided to stay sitting on the bench and watch the world drive by and maybe have another cigarette. 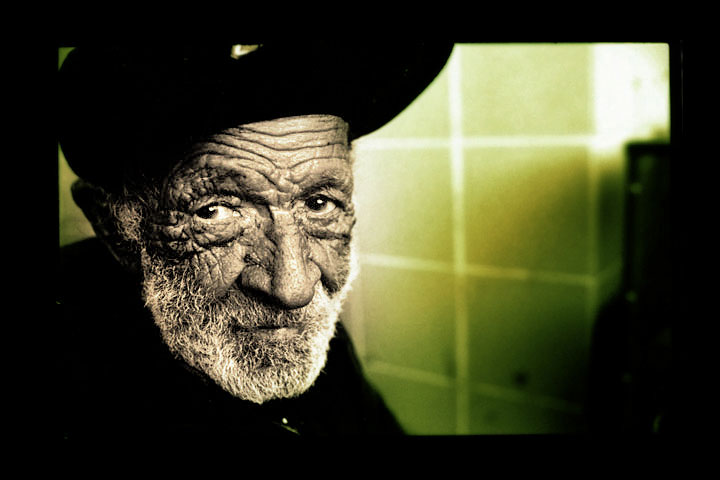 Bob had the kind of face that would compel you to volunteer any loose change your pocket held without him ever asking for a handout. His home consisted of a metal shopping cart supported by well-worn wheels, two paper bags, an old plastic container of water and a rolled up gray blanket. The corner of Central Boulevard and Windsor Road in Glendale, California was where he called home. This move was a sage-like decision on Bob’s part since the Salvation Army was positioned across the street which provided food, clothing and care and half a block to his east was the Windsor Al-Anon club that furnished free coffee, occasional shelter and most importantly, some welcomed comradeship with fellow tribe members.

It was up to you to get Bob talking since he was never known to initiate a conversation. His english was laced with a thick Yugoslavian accent and it was because of this that he was christened with the street name “Bob from Yugoslavia”. In his youth, he was trained as a pianist but as the years passed by his hands grew to be swollen and arthritic which made tying his shoes or buttoning his coat as painful as a Beethoven sonata. Bob’s private moments took place in a utility alley behind the Armenian market where he would seek refuge by smoking discarded cigarettes and watching reality slip away.

We had a very short history in our acquaintance but Bob from Yugoslavia became my navigational marker that signaled my return home from overseas. As strange as it may sound, it was comforting to see him sleeping under the tree, his tree, at the corner of Central and Windsor. One day, I noticed that the only thing holding his threadbare jeans together was the grim beneath him. I managed to sneak a pair of new levis and socks into one of his paper bags while he was napping under his tree. I couldn’t help but watch from a distance to witness Bob’s reaction to his good fortune; he proudly held the trousers up to the sky with a toothless smile and turned to look around as if he would find a magical garment fairy.  The following day I expected to see him wearing the new pants but to my surprise he was wearing the same grubby jeans. Bob had traded the jeans and socks for two packs of Marlboro cigarettes to a local gardener. 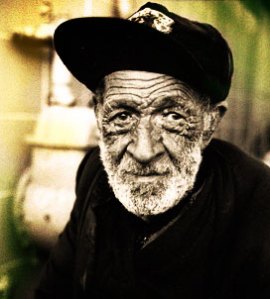 I asked Bob one day, “If you were to write a letter to God and be guaranteed that God would read your letter, what would be your the first sentence?” He looked up and spoke as expressively with his eyes as with his words, “God keep me warm and never let me get cold again”

We continued our brief interludes over the years until one day conspicuously absent from the corner was Bob and his shopping cart. A member of the Al-Anon club told me that Bob had peacefully passed away underneath his tree while napping. I can only hope it was on a warm sunny California day.