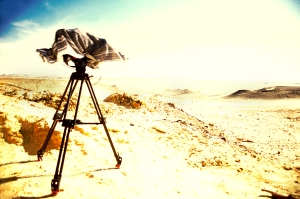 We were not mentioned  in S. E. Hinton’s book, The Outsiders.  The novel is about troubled teenagers growing up in Tulsa, Oklahoma in the mid-sixties and the class division between the Socs, (“the abbreviation for the Socials, boys with money and dry hair)  and the greasers (a term that refers to the “poorer boys who use Brylcreem”). We were the nameless kids from North Tulsa who’s economic standing was somewhere between the Socs and the Greasers. We were  the nerds, the geeks and socially inept when it came to girls. It is true that one of the most important qualities that can help teens establish their own identities is the ability to “fit in.” Finding friends who understand their problems and relate to them is paramount for teenagers. It wasn’t long until we realized that what we had in common was our interest in doing cool stuff instead of campaigning for popularity at school. We created our own tribe and we called ourselves  “The GTO’s,  Order of the Pythons” .

From 1964 to 1968  we produced movies using our parents Bell and Howell movie cameras. At first, we filmed our friends acting goofy around the house and favorite hang outs -that was in the 8th grade.  By the 9th grade we were charging kids 50 cents to be in our movies and they didn’t just hang out at the parents’ house anymore.  Kids were being blown up, shot at and chased by the bad guys in War movies, Spy movies and even a Roman drama.  Growing up in Oklahoma the culture allowed hunting as a normal recreation which gave us access to shotguns, black powder and a great locations. The Verdigris River which is northeast of Tulsa was our favorite location and isolated from civilization and parental control.  All the tall guys had to be the bad guys (the Germans) the little guys were the good guys (the Americans). We bought army surplus and dyed the fatigues black and spray painted the helmets and wore them backwards so they would look like German helmets.  Once we had a old, gray ’59 Ford station wagon.  We painted a couple of swastikas on it, filled the back up with black powder and drove it down the river and blew it up.  We did this until we graduated from Will Rogers High School in 1968. Needless to say, we went our separate ways pursuing a life outside of Tulsa.

In 2010 as a result of facebook this little band of brothers reestablished the brotherhood -but, not without loss. In May of 2008 Dean Bishop who crated the GTO’s and was our mastermind passed away from cancer – Dean was financially supported and cared for by fellow members Rex and Ricky Gray until his death. Dan Lundy the tallest member of the GTO’s passed away in the mid 90’s from cancer after being exposed to agent orange in Vietnam. The surviving members of the original six GTO’s including myself are: Rex Gray and brother Ricky Gray and Dan Battreall.

I am eternally grateful to my band of brothers for not only giving me wonderful memories but laying the foundation for the career I enjoy today.